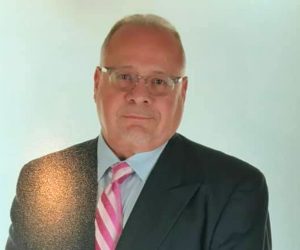 Randolph County – A three million dollar verdict in a South Georgia car wreck trial. The victim’s daughter Lori McCook says, “I’m glad it’s over to put some closure to this because we had to relive all this over again.” A family wins a lawsuit against the State Department of Transportation.

Speed bumps, flashing lights and warning signs now surround this intersection of US 27 and US 82 in Cuthbert. McCook explains, “They have done improvements to it, but that was after the fact so many lives have been taken.”

Including her father. 59-year-old Emory Pete Hill didn’t survive a mangled mess two years ago. His truck crushed by a tractor trailer rig. Sparking a lawsuit against the State DOT. The family’s attorney, Ralph Scoccimaro says, “We proved from 1992 to present, they were aware of sight distance problems.”

A Superior Court jury awarded the Hill’s more than three million dollars in damages. McCook says, “I think he’s smiling and happy right now, he’s watching over us.” Hill was one of at least seven people who have died at this intersection since 1998. There are three more lawsuits stemming from two of those deaths. Scoccimaro says, “Not only the Hill’s, but the citizens of Cuthbert who had voiced loud complaints about the intersection.”

But, the Hill’s pain continues. Hill’s wife, Linda, survived the accident, but has brain damage. McCook explains, “It’s gonna keep going with her. She’ll never be the same as she was before.”

The money will never bring back her father, but it will help pay for her mother’s medical expenses.

The family’s other attorney Jesse Bowles the Third, said he doesn’t know of a serious wreck at the intersection since the DOT fixed the problem.

Christian Harris, a spokesman for the DOT, said the agency has not determined whether to appeal.

posted at 6:15 PM by kathryn.simmons@walb.com