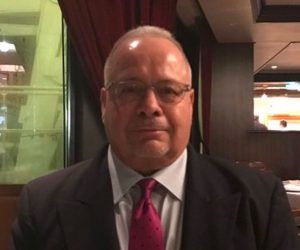 The evidence revealed the following facts. On March 23, 1991 the Pac-A-Sac convenience store in Albany, Georgia was robbed by a man with a gun. Later the same day, the owner of the Bottle Shop liquor store in Albany was shot to death by a man who also stole the cash register. The cashier at the Pac-A-Sac, Jackie Blackmon, recognized Dennis and identified him as the robber of that store after reviewing a ten-year-old high-school yearbook. A customer at the Bottle Shop, Tim Powers, who was in his truck in the parking lot when the robbery and murder at that store occurred, saw a man shoot the clerk and flee with the cash register. Powers identified Dennis as the perpetrator at trial. Dennis was arrested on March 28, 1991, based on Blackmon’s identification, fingerprints found at the scene of the murder, and information from confidential informants. When asked where he was the night of the murder, Dennis gave several different stories. After Dennis’s arrest, a urinalysis was administered at the Dougherty County Police station which resulted positive for cocaine.

2. Dennis argues that the second armed robbery conviction should be vacated because he cannot be convicted of both felony murder and the underlying felony. Stitt v. State, 256 Ga. 155, 157 (345 SE2d 578) (1986). We find that the conviction which must be vacated is the one for possession of a firearm by a convicted felon, as that crime was specified as underlying the felony murder charge in the indictment and in the court’s instructions to the jury. While the verdict form does not specify which conviction the jury intended as the underlying felony, “in the absence of clear evidence to the contrary, qualified jurors, under oath, are presumed to follow the instructions … of the trial court.” Harris v. State, 202 Ga. App. 618, 620 (414 SE2d 919) (1992); see also Tatum v. State, 249 Ga. 422 (291 SE2d *259 701) (1982). Therefore, the conviction and sentence for possession of a firearm during the commission of a felony must be vacated.[2]

5. Dennis claims that certain evidence was admitted at trial in violation of OCGA § 17-7-211 and Brady v. Maryland, 373 U.S. 83, 87 (83 SC 1194, 10 LE2d 215) (1963). Dennis has the burden of showing that evidence was withheld, and “that the evidence withheld from him so impaired his defense that he was denied a fair trial within the meaning of the Brady Rule.” (Citations omitted.) Wallin v. State, 248 Ga. 29, 33 (279 SE2d 687) (1981). Also, “Brady itself does not require the pre-trial disclosure of exculpatory evidence and is not violated when the evidence is presented to the jury at trial. [Cits.]” Davis v. State, 261 Ga. 382, 385 (405 SE2d 648) (1991). We have carefully reviewed the record and transcript and find with respect to each of Dennis’ contentions that the information was made known to the jury during trial, or that Dennis has failed to carry his burden of showing that the information was withheld and that he was denied a fair trial.

6. Dennis contends that the trial court erred in denying his motion to sever the first robbery from the second robbery and murder. “A court has wide discretion in severance motions.” Johnson v. State, *260 257 Ga. 731, 733 (363 SE2d 540) (1988). “Where … the evidence of one crime would be admissible in the trial of the other crime, it cannot be said that the trial court abused its discretion in denying the motion for severance.” Catchings v. State, 256 Ga. 241, 243 (347 SE2d 572) (1986). We find that there are sufficient similarities between these two crimes such that evidence of each would have been admissible at a trial on the other.

Judgment affirmed with direction to the trial court to revise the sentence in accordance with Division 2 of this opinion. All the Justices concur.

[2] This is not contrary to this Court’s recent holding in Thompson v. State, 263 Ga. 23 (426 SE2d 895) (1993), where the indictment did not contain a felony murder count, the trial court specified no particular underlying felony in its charge to the jury on felony murder as a lesser included offense, and the jury named two separate offenses to underlie its felony murder conviction.