Ralph Scoccimaro Law Group will litigate truck accident and trucking injury cases so you receive the greatest possible money recovery. This goes for Georgia and any other state.

No matter what your injury, if you were not at fault, Ralph Scoccimaro is on your side and will represent you to the best of our ability.

Do you work for a company that is defrauding the United States out of our hard earned tax dollars? If you have personal knowledge of your employer cheating the government, you could win an award of up to 25% of the money that you help our country recover.

So, if your employer has defrauded us, the taxpayer, out of $300 million dollars and you provide reasonable proof of such fraud, you could be entitled to a gross award of $75 million dollars.

We will represent you on a contingency fee basis. You will not pay us unless we win. All calls and communication too, will be held in the strictest of confidence.

Ralph Scoccimaro is a personal injury lawyer in Albany, Georgia. He has a proven track record against insurance companies, and especially tractor trailer companies.

Among his successes, is a trucking settlement that is reportedly one of the largest out-of-court settlements in the state of Georgia.

Ralph has achieved great success in both State and Federal courts. He has secured a number of substantial verdicts and settlements in excess of one million dollars. As well as personal injury cases, workers’ compensation and wrongful death cases.

Ralph Scoccimaro has also been successful in representing active duty service members in military courts and is also the preferred choice of many police officers and medical doctors.

Ralph also serves the Municipal Court of Albany as an associate judge. He also hears a wide variety of misdemeanors and traffic cases.

Ralph is fluent in Spanish and maintains a wide and varied clientele. His practice focuses on defending the rights of victims regardless of race, color or nationality.

Ralph Scoccimaro served honorably in the United States Marine Corps during the Vietnam War as a Special Communications Operator attached to the Naval Security Group Activity. He is married to the former Susan Wacaser, and he has two children, Nicholas and Anna Marie. 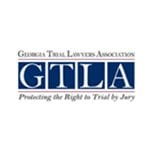 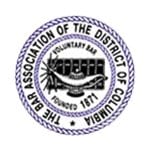 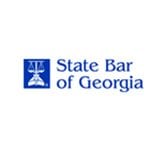 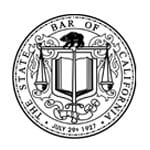 WHAT SETS RALPH SCOCCIMARO LAW GROUP APART FROM OTHER LAWYERS

Big Cases demand thorough investigation.Ralph Scoccimaro Law Group has the most professional and experienced investigators in Georgia working on your case. They’re the finest investigators in the business. They’ll leave no stone unturned in your injury case.

Accident Scene Reenactment impacts the jury. Ralph Scoccimaro Law Group gives jurors the victim’s perspective. Using our tea of investigators and law enforcement personnel, we get all the facts about what happened in your accident.

We help people throughout Georgia with personal injury in the following areas:

Ralph Scoccimaro Law Group will litigate truck accident and trucking injury cases so you receive the greatest possible money recovery. This goes for Georgia and any other state. Ralph Scoccimaro specializes in trucking accident law and also protects clients who have been injured in motorcycle accidents, boating accidents by drunk driver and unsafe drivers, pedestrian and bicycle accidents, and highway construction and building construction accidents. No matter what your injury, if you were not at fault, Ralph Scoccimaro Law Group will represent you to the best of our ability.

No Attorney-Client Relationship is created by use of this website