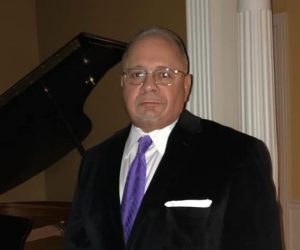 ALBANY, GA (WALB) – An Albany Judge is using alternative sentences instead of jail or fines to try and help young people.

He says a court sentence sending a teen to jail is often just a training course for more serious crimes, but sentencing a young person to get an education, or consider military service gives them direction in life.

Scoccimaro said in court to one defendant, “Take your hands out of your pockets, sir.”

Scoccimaro believes strongly that a jail sentence for a teen too often leads in the wrong direction.

Scoccimaro said “Three months in local jail, six months here could be devastating to a young person, and could change his life forever for the worse.”

So Scoccimaro is using alternative sentences except in the most serious cases, stressing education and military service options.

Scoccimaro said “These are the type of things we try to employ rather than lock ’em up. Because we know that is not working.”

Scoccimaro said to one defendant in court “What do you do on the weekends?” Nothing really. “Well let me see if I can give you something to do instead of your mother paying the fine.”

Scoccimaro says he sees too many young people with no education,no job, and no future plans. And uses the bench to point them in a better direction.

Scoccimaro said “If they don’t have the GED in six months, they are going to be looking at a choice of going to jail. Most of them chose to get the GED.”

He sentences young people to education, community service, and talks with military recruiters instead of jail. Giving them the option to change their environment away from gangs or crime to a positive future.

Scoccimaro said “So if all of us in the justice system set out to change at least one person’s life per week, it becomes exponetial. And that’s what we do in my court.”

Scoccimaro says he believes community service helps economically disadvantaged people in his court meet other employers and situations that can lead to better jobs.