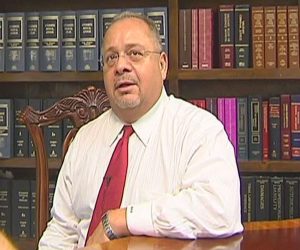 An Albany Judge is one of the latest victims of a common crime: Car break-ins.Albany Municipal Court Judge Ralph Scoccimaro’s cars were broken into in his own carport. The Judge caught the criminals on surveillance video, and he’s determined to put them behind bars soon.

The thieves stole GPS navigation systems, a radar detector, and medicine worth about 700 dollars. Despite his long driveway, security lights on, and surveillance cameras all around, thieves were still bold enough to strike.

Scoccimaro says he left his car doors unlocked, and that contributed. Investigators say thieves are targeting car electronics, and open doors make it an easy crime of opportunity.

The Judge recommends everyone get an alarm system with surveillance cameras for the protection of their own home, and keep their car doors locked at all time. And he is sure his cameras will bring these crooks to justice.

“We have them on video and DCP is enhancing that video. They’ll be caught. My suggestion is they just need to turn themselves in. It will be easier for them,” Scoccimaro said.

Scoccimaro says his family has added more security measures around their home since the thefts, and will be more careful about who is allowed there. He says it’s unfortunate crime has made everyone live on high alert at all times.

The Judge thinks the two young thieves may have been at his home before, and he warns you to use caution before letting people you don’t know well into your home.

Dougherty County Police say thieves should remember that entering auto is a felony, and you could be sentenced to five years in prison, even if the car doors are unlocked.