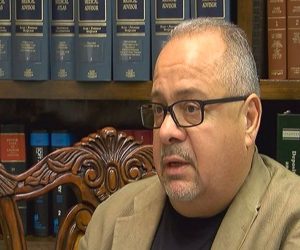 Five complaints were made with the State Ethics Commission against Hodges. They say Hodges ordered his entire staff to attend an August meeting where County Commission Chairman candidate Jeff Sinyard campaigned.

One of the complaints was filed by attorney, Ralph Scoccimaro. “When he used public resources to endorse his candidate I felt that was wrong. And coincidentally I wasn’t the only one who felt it was wrong at that time.”

District Attorney Ken Hodges is out of town. In previous statements Hodges has called the ethics complaints “dirty politics.”

The maximum civil penalty the ethics commission can levy is one thousand dollars per violation.